The Gift of My Theological Crisis

I never imagined spending a semester as a guest professor at an international seminary would prompt a theological crisis. Yet that’s exactly what happened in 2010 while teaching at the Lutheran Theological Seminary in Tshwane (Pretoria), South Africa.

When I arrived in South Africa, externally, I was on top of the world. A recently finished ministry leave of absence designed to focus on family issues was behind me. Based on the metrics established, the time was successful. It was time to step back into the limelight as an international guest professor. Given that teaching is an area of strength and a role that inspires confidence, I was ready to shine.

But internally, I was a mess. My life, a house of cards built on the easily shaken table of performance-based acceptance. Feelings of unworthiness fueled a sex addiction. But rather than seeking help, I denied the existence of my addiction and thought finding my ministry groove would make the temptation go away.

Then came my theological crisis. 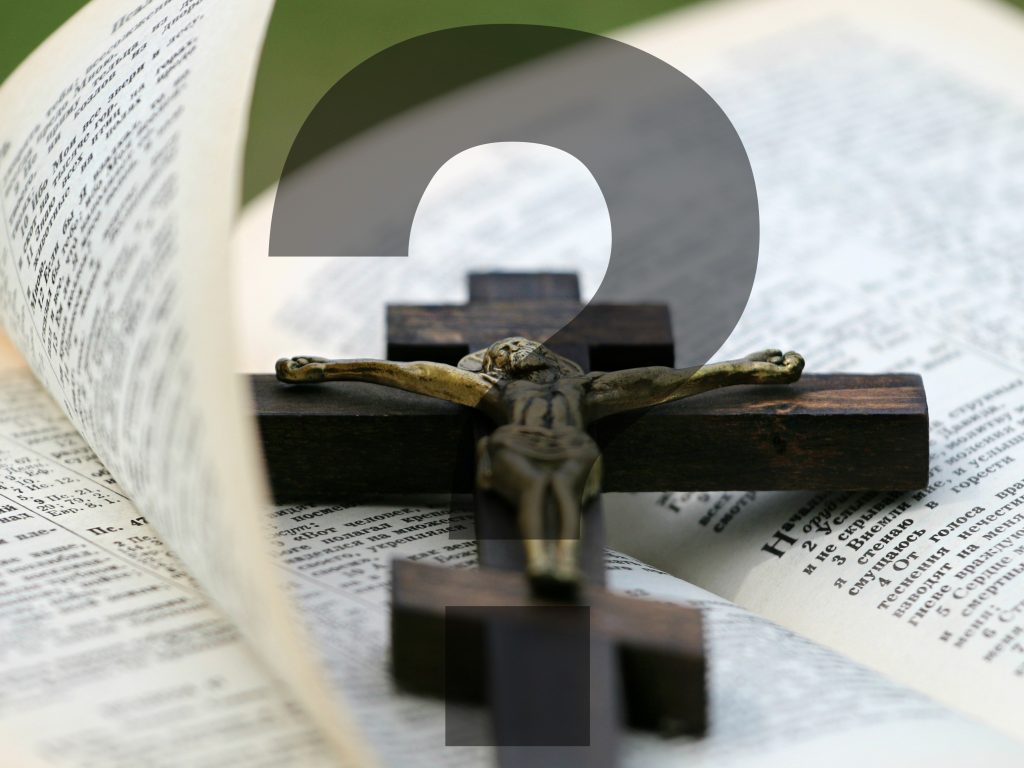 A Background in Rightness and Certainty

As a bit of background, my ordination was in the Lutheran Church – Missouri Synod. It is a conservative body that embraces the texts within the Book of Concord as an authoritative exposition of Biblical theology.

Like most Protestant church bodies rooted in the Reformation, there is a strong emphasis on theological rightness and certainty. My masters level seminary experience focused on why conservative Lutherans were right and the overall soundness of our theology.

While in South Africa, two of my three classes involved expounding on sections of the Book of Concord.

Setting the Stage for My Theological Crisis

One of my classes focused on the first twenty-one articles of the Augsburg Confession. While doing preparation research I became reacquainted with how this confession was an adaptation from another document, the Torgau Articles. Originally, the Lutheran theologians planned to present the Torgau Articles in Augsburg as their statement of Roman Catholic theological abuses.

However, before the Lutherans could arrive in Augsburg, a Roman Catholic theologian named Johann Eck produced his 404 Theses. These theses presented the Lutheran Reformers to be one with Zwingli and the radical reformation. Wanting to defend their catholicity, the Lutherans added twenty-one opening articles to demonstrate their theological unity with the Roman Catholic Church.

All of this was well and good until I began teaching on the ninth and tenth articles of the Confession:

IX – On Baptism – Lutherans believe that Baptism is necessary, and that through Baptism is offered the grace of God. Children are baptized as an offering to them of God’s grace.

X – On the Lord’s Supper – Lutherans believe that Christ’s body and blood is truly present in, with, and under the bread and wine of the sacrament and reject those that teach otherwise.

Because my students understood animistic religions, I would compare Christianity with native religion. Both animism and Roman Catholicism teach ex opere operato, a Latin phrase that says the value of a spiritual act is in the doing of the act. For example, with baptism, it says that because a baptism happened, the one baptized receives all the benefits of baptism. In the case of animism, because an animal is sacrificed, the one making the offering receives the benefit of that sacrifice.

Lutherans do not believe in ex opere operato. Rather, Lutherans teach faith needs to receive God’s sacramental action. However, the Augsburg Confession doesn’t say that.

How did all of this turn into a theological crisis?

In the Augsburg Confession, the Reformers skipped over the portion of their confession where they agreed with the Radicals and left the portion where they agreed with Rome. Suddenly, a document I knew as bold systematic theology became political. This is no defiant stance taken on the basis of principal and confession, it is maneuvering aimed at finding common ground with a far more powerful adversary.

It might not seem like a big deal, but for me, on that day, Lutheranism lost its magic. Years earlier, a seminary classmate described my blog as, “making Lutheranism sound fun.” I spent hours writing with the aim of taking this historical faith I admired and making it accessible today. No more. Teaching Lutheran theology destroyed my Lutheran fundamentalism and left me in a place of uncertainty.

The Gift in My Theological Crisis

When you build your theological world on certainty, uncertainty is terrifying. You feel like an uprooted plant, longing for soil to embed in. While in the coming months I tried to re-embed myself in Lutheran fundamentalism, thankfully, it didn’t work.

This created the freedom to explore other aspects of Lutheranism I’d never questioned. The most important of which was the theological validity of the liturgical confession that shaped so much of my identity:

I, a poor miserable sinner, confess unto Thee all my sins and iniquities, with which I have ever offended Thee, and justly deserve Thy temporal and eternal punishment.

To this day, I continue to fight those words and their desire to define me. Ironically, it is a Lutheran understanding of infant baptism that serves as my weapon against them. In those waters, God declares me his. In faith, I believe I am free from the sinful ways of this world. My core identity is not that of a poor miserable sinner. My core identity: I am a child of God.

This realization gives me the freedom to not only admit but step into the addiction I denied for so long. An addiction I ignored because my identity as a poor miserable sinner normalized it. It undermines the performance-based acceptance I fought to receive for decades. A quest rooted in my attempt to overcome the shame instilled by my identity as a poor miserable sinner.

In other words, without my theological crisis, I would still self-define as a poor miserable sinner and would have no means to battle my demons.

How about you? What gift might you find in your theological crisis? How can I help you unwrap it?