The Lost World of Genesis One 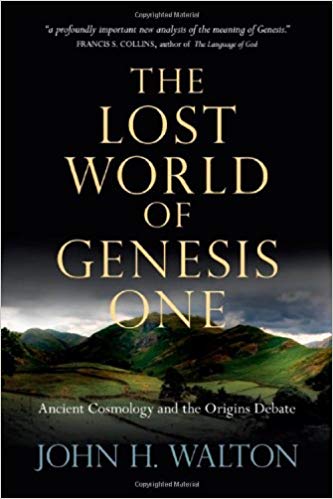 Category: book reviews
Tag: Genesis
Author: John H. Walton
Publisher: IVP Academic
In this astute mix of cultural critique and biblical studies, John H. Walton presents and defends twenty propositions supporting a literary and theological understanding of Genesis 1 within the context of the ancient Near Eastern world and unpacks its implications for our modern scientific understanding of origins. Ideal for students, professors, pastors and lay readers with an interest in the intelligent design controversy and creation-evolution debates, Walton's thoughtful analysis unpacks seldom appreciated aspects of the…

It’s been over 10 years since I originally read this book, so this review is anything but a fresh take. Rather, it is more of a reflection on the journey it in many ways started than a detailed look at the book itself.

I suggest you begin with a scene from, of all things, Jurassic Park:

Typically when it comes to discussions on Genesis 1, Jurassic Park would seem like an introduction to the whole, “What about the dinosaurs?” question. In this case, it has far more to do with how a small book on the language and genre of Genesis 1 set me off on a spiritual journey that brought me to where I am today. Let’s call it my spiritual butterfly effect.

Rather than seeking to dismiss the ancient text, Walton takes it seriously. As he does, he abandons simplistic readings about the material creation of the universe and rejects any notion that we force science into the text. Rather he explores the realm of ancient cosmologies that aim, not to understand how the universe came to be, but how we as people are to live in it.

For me, Walton’s work served as an invitation to be academically rigorous, intellectually honest and biblically faithful, a combination that I previously found lacking in the world of popular Christianity.

A decade later I’m not sure how much I would agree with a deeper study of Walton’s conclusions when compared to others who do similar work, but the journey he invited me into, one that changes the way I read all of Scripture, earns him five stars.