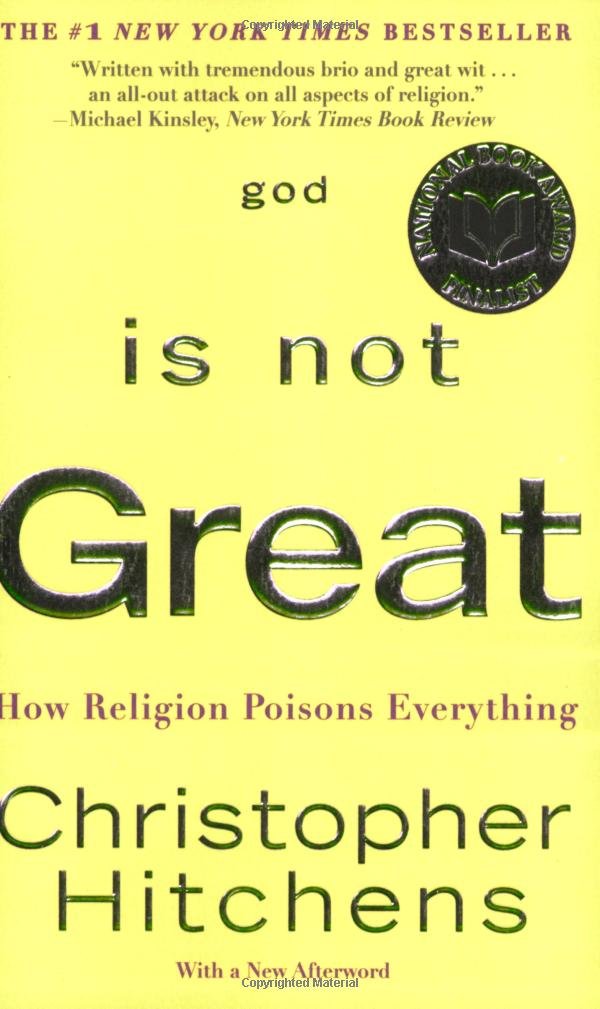 Category: book reviews
Author: Christopher Hitchens
Publisher: Twelve
Format: Paperback
Whether you're a lifelong believer, a devout atheist, or someone who remains uncertain about the role of religion in our lives, this insightful manifesto will engage you with its provocative ideas.With a close and studied reading of the major religious texts, Christopher Hitchens documents the ways in which religion is a man-made wish, a cause of dangerous sexual repression, and a distortion of our origins in the cosmos. With eloquent clarity, Hitchens frames the argument…

Given the faith-based nature of this website, one might assume a review of Hitchen’s, God is Not Great: How Religion Poisons Everything, would come in the form of a critique of the work or a defense of faith. Neither are true. Rather, as one who spent decades devoted to the understanding of Christianity Hitchen’s critiques, I believe his diagnosis is correct.

God Is Not Great as an Evangelism Project

For this reason, I see Hitchen’s work as an evangelism project in the Pete Rollins sense of the term. When still in Northern Ireland leading a faith community, Pete used to invite non-Christian faiths to evangelize them. The goal was for Christians to understand how others perceived their faith. Did the message receive match the message intended? Are their inconsistencies between belief and practice? At one level, God is Not Great, helps to reveal these unhelpful realities.

If you know my story, you know for decades, my embrace of this religion made my life worse. I do not blame religion or claim that it is religion’s fault. I was was the one who spent years choosing to embrace unquestionable confession over legitimate critique. It was the way coped with life at the time. It was and remains, on every level, wrong.

Why I Found A New God

Moreover, God is Not Great, reveals why I needed to change so much about my belief in order for it to become tenable and life affirming rather than eviscerating. This includes:

It is because of these last points that I can appreciate what Hitchen’s is doing, but do not find the religion that poisons everything in my spirituality today. I only wish he were alive so the two of us could engage in an evangelism project.